number of families helped to date: 2

It’s in their memory that we will make homeschooling an option for families in these tough situations.

We will provide funds for curriculum, classes, tutors and extra curricular activities to keep them on track.

We will provide counseling for the family members.

We will work with the parent who has found themselves in this situation alone on what their needs are.

“She’s gone” but her memory will live on through all of Carol’s Kids who we can help with your support. Type your paragraph here.

Application to be considered for Carol's Kids 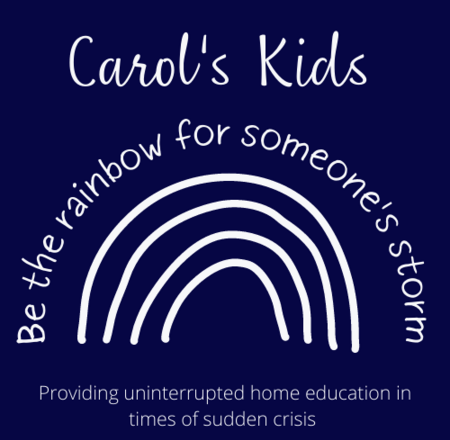 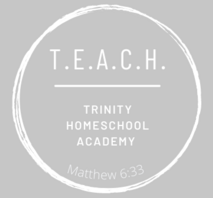 Carol's Kids is a 501c3 that was born out of the hearts of TEACH homeschool in honor of Carol Chapman.  Carol passed away in 2021 after a battle with cancer. She was a kind and loyal friend to all homeschoolers. Carol's daughter, Lilly, is still able to attend TEACH co op due to the kindness of donations to Carol's Kids.

The WHY behind Carol’s Kids Corp

I received a text that a homeschool mother in our homeschool group did not have much time left. The message asked to get a prayer request out to our families.  I was forty-five minutes from home.  I remember feeling anxious to get to my computer to get this message out to storm heaven and my heart  physically hurt.  I did not make it home before the next text came: “she’s gone.” I lost my breath as I read the message.  It was so soon.  It had only been a few months since Carol Chapman had been diagnosed with cancer.  It was aggressive and it wasn’t her first go round with this horrific disease.

Throughout those few months of her courageous and hard fought battle, other moms at the homeschool group would go far out of their way to pick up Carol’s daughter, Lilly, and get her to class.  They became the hands and feet of Carol Chapman.  The week before Carol’s passing, one of the mother’s had taken Carol to a doctor appointment.  They came to pick up Lilly.  I don’t usually get outside while we are on campus but I did that day. I don’t even remember why but I know when I looked through the parking lot and saw her frail body in the passenger seat there was nothing that could turn me from going to see her.  You see, I had taken that sight for granted previously.  Carol used to help our food service mom every Monday and Wednesday. On those few times I would be walking outside I’d see her down the sidewalk.  When I would get out to order my food I would get to chat with her.  She always had a smile on her face. She was always supportive of me and the homeschool group. Most importantly, she was a true advocate of home education and her daughter, Lilly, was her world.  This time, I didn’t know it would be the last.  She was frail, but she was Carol!  She was talkative and upbeat and positive!  She had plans to continue this battle and had hope.

After that two word text, “she’s gone,” I arrived home and opened my computer.  The only words I could think that were fitting were “We lost a good one.” She truly was one of the good ones.  The homeschool community would mourn alongside us.  Only a homeschool family can know the devastation of the loss of a parent, much less the parent who has taken on the majority of the homeschooling responsibility.  The child’s life has been turned upside down and now the threat of having to flip it even further around and change their daily routine.  Before the day came to an end I heard in my head, “Carol’s Kids,” and I knew.  There was something that needed to be done to help these families stay the course.  Carol would not want her child to be thrown into a school that she was not used to on top of losing her mother.  As every homeschool parent does, Carol had plans for her child.  She had picked curriculum and classes that fit Lilly and her educational path.  It was time to do something for families in this situation and I was going to start with Carol’s kid, Lilly.

How could I start a nonprofit and begin to raise money to help families who go through a tragic life change to continue in their homeschool journey?  Say it out loud!  Tell everyone around me.  That’s what I did! It is what would hold me accountable to what I knew God was calling me to do.  In January 2022 I began the process to form a corporation and apply for nonprofit status.  A lot of paperwork, building a Board of Directors, funding a bank account and it was time to get fundraising.  I knew I needed a trigger point. In the past 18 months we have had four parents pass away. Two mothers and two fathers.  In order to make the initial fundraising goal I knew I had to do something exciting and fun to hit our mark. It had to be big because what the families of these moms and dads who have passed have gone through is big.  It hit me. I’m going to shave my head!  The goal - $100,000!  It’s a hefty goal.  It’s a lot of money.  If we get there, I will shave my head bald! it has begun. Carol’s Kids Corp is off and running, and although it took me to our fourth parent to pass, to get here, we will push forward.​